Two lessons from a missed flight

In 2015, my wife and I went to Singapore and Thailand. Our oldest daughter was working at the National University of Singapore (NUS) for the summer and we flew out to visit her. It was a wonderful experience.

But this post is not about Singapore or Thailand, per se. Rather, it is about the eventful journey that we had to get there. I have written posts in the past about lessons learned at airports, from departure boards to arriving early. This post is another in that vein. (If you fly enough, you learn a thing or two!)

Our outbound journey on was supposed to be straightforward: (1) Lufthansa from Geneva to Frankfurt; (2) Lufthansa from Frankfurt to Singapore. Simple. Unfortunately, Mother Nature had other ideas.
Lightning strikes over Frankfurt meant that our flight (and many others to Frankfurt) were held back and thus could not take off on time. And so, for an hour or so, we had to wait in Geneva which was enough time to ensure that we would miss our connecting flight.

When we landed in Frankfurt, it was already 10:30 p.m. We made our way to the Lufthansa ticketing counter, trusting that our checked luggage would manage on its own. There, we were sucked into a vortex of humanity with 500 to 600 people who had also missed their connecting flights. We had to queue down a long hall and wait our turn to be admitted to another room.

After 45 minutes, we entered that room. Upon entry, we received a numbered ticket. When your number was called, you went to the counter, got a voucher for a taxi and hotel, and tried to book yourself a new flight. We got ticket number 667. At the time, they were serving ticket number 542. And things were not moving quickly. So we hunkered down for a long wait. Fortunately there was enough space and plenty of seating. Lufthansa even brought out drinks and snacks for us.

As the minutes ticked by, I began to get concerned that by the time we reached the counter, the best options for a new flight to Singapore would be gone and that our trip would be delayed even longer. As I tried to figure out a way to ensure we got on the next possible flight out, inspiration struck.

My computer was in my carry-on luggage. I have Skype on my computer. Frankfurt Airport has WiFi.  Computer + Skype + WiFi = Connection with the outside world.

As people continued to mill about near the ticket counters, I walked to the far end of the room which was empty. I went online, found the Lufthansa customer service number and dialled. And so, while most people were waiting around, I worked with the Lufthansa agent on the phone to arrange two seats for Julie and me on the earliest possible flight on Singapore Airlines. I got the confirmation number and we could relax as we waited for the hotel voucher.

Making that call turned out to be a wise move for another reason. Well before they called our number, they announced that because it was late and things were moving too slowly, the agents at the counter would only be giving hotel vouchers and not arranging new flights. Passengers would have to return to the airport in the morning to make their bookings. Imagine going to bed not knowing which flight you would be on! People, understandably, were upset.

How it all ended

By around 1:30 a.m., we finally managed to get to the hotel. The next day we had to get up early, fly to Zurich and then switch to the Singapore Airlines flight. Because of a late cancellation, we managed to get bulk head seats and had a smooth trip over. In the end, we arrived in Singapore only 14 hours or so later than originally planned.

Missing your flight and being stuck in an airport and dealing is not fun. Nobody wanted to be there that night. Not us, not the other passengers, not the Lufthansa staff who had to sort everything out. But if you fly enough, these things will happen. There is no point griping about it. You will only compound the unpleasantness of the experience.

If you speak in public often enough, things can and will go wrong every now and then. It is all part of the deal. The room is not set up properly; the equipment doesn’t work; the organizers have neglected to tell you about some major scheduling or logistical matter; or any one of hundred other things. To be blunt about it: Shit happens.

As a speaker, you must remain calm and professional. You are “on stage” the moment you arrive at the speaking venue. Being angry or acting petulant sends a poor signal. At the airport in Frankfurt, I witnessed two types of behaviour passengers: those who did their best to take things in stride and those who didn’t. Fortunately, there were far more people in the first category.

It is easy to be pleasant and engaging and up when everything is going your way. The real test of a person’s character comes when things go wrong.

The second lesson is to look for creative solutions to the problem. As noted above, using the computer to rebook the flight instead of waiting turned out to be a great move. When things go wrong with your presentation, look for alternative solutions. Better yet, have back-up plans in place. For example, if you have a presentation for which you need the computer and a beamer, develop a way to present the same material using a flip chart or white board. This post contains a number of tips to consider when things go wrong. And this checklist should come in handy when preparing for your presentation. 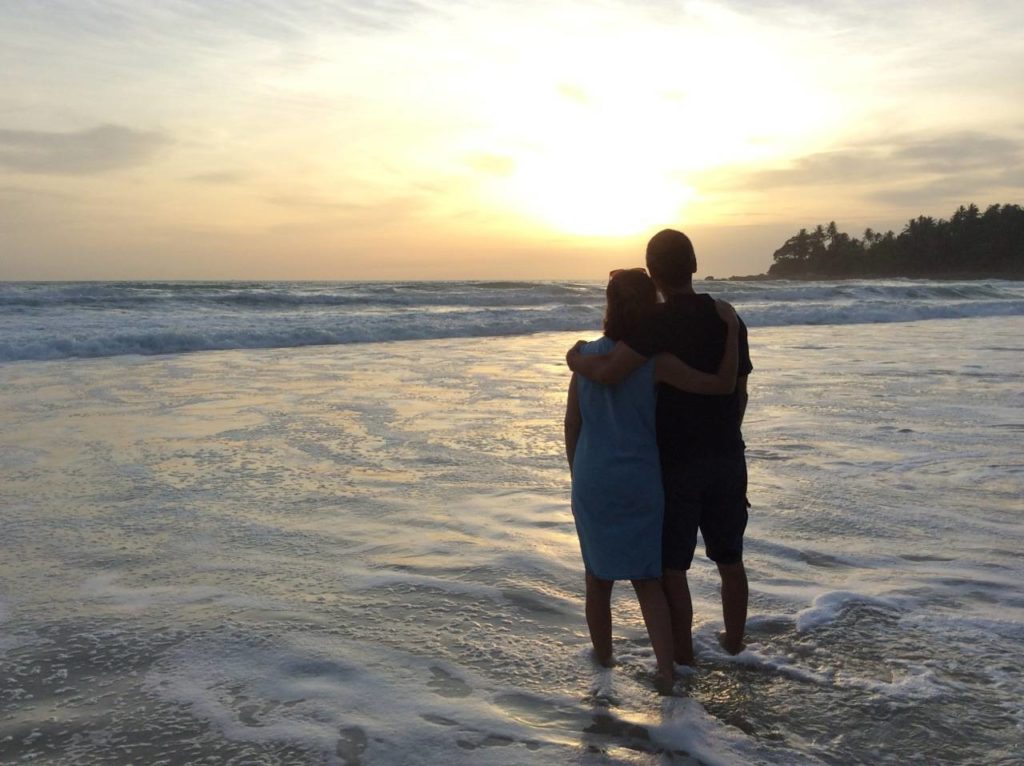 In the end, we had a wonderful trip. We spent quality time with our daughter, met many great people and saw some beautiful and interesting sites. I also managed to make a number of business connections and even gave some short, impromptu speeches at a couple of Toastmasters meetings.

The next time something goes wrong with your presentation, remember to stay calm and look for creative solutions. Not bad advice for life either.

4 Replies to “Two lessons from a missed flight”