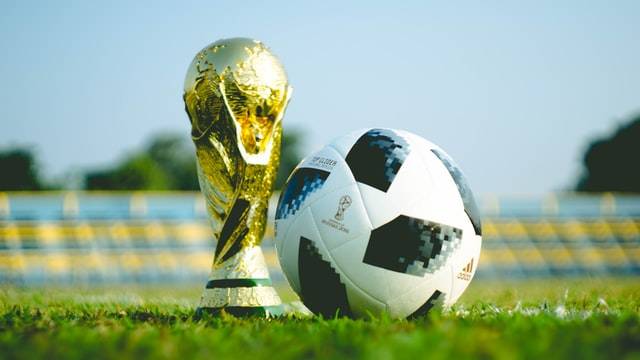 One month, 64 games and 171 goals, including Mario Götze’s brilliant effort in the dying minutes of extra time to give Germany a 1-0 win over Argentina in the World Cup. The tournament, hosted by Brazil, was thrilling from start to finish, and captured the imagination of hundreds of millions of people around the globe.

There are many lessons that can be learned from the games played over the past 32 days. But one in particular struck me as relevant for public speakers. It has to do with the long path that the Germans took en route to the championship.

Today, Germany is, without question, a football powerhouse. But reaching the pinnacle of the sport did not happen overnight. In fact, before last night, it had been 24 years since Germany had won the World Cup (as West Germany in 1990 when, coincidentally, they also beat Argentina 1-0). And, as recently as 2000 and 2004, Germany failed to get past the group stage at the European Championships. So how did the Germans do it?

Quite simply, they worked at it. In the early 2000’s, Germany began a long-term programme to find and develop football talent and build the strongest national team possible. Years of effort began to pay dividends. From 2006 to 2012, Germany made it to at least the semi-finals in the previous two World Cups and European Championships. But the ultimate prize still eluded them. Until last night.

When asked about Germany’s success, here’s what their coach, Joachim Löw said:

We’ve been together now for 55 days, but this is a project we started 10 years ago. So this is the result of many years’ work, beginning with Jürgen Klinsmann [his predecessor as coach].

Our biggest strength is that we improved throughout the years even if we missed taking that last step at tournaments. We knew we would take that last step and believed in it and today it finally worked.

We were disappointed at times in the past but today there was only a deserved winner. This team. It is a special moment because it was not just these days here but the entire 10 years.

It is exactly the same with public speaking (or any skill). If you want to become a better speaker, you have to speak. Not once. Not a few times. But many times over a long period. You have to get feedback, make adjustments and practice. You have to speak in front of different audiences: big; small; colleagues; strangers; in different venues; on different topics. And you have to keep at it.

Becoming a good speaker is possible but only if you commit to the process 100%. And only if you are prepared to go the distance. That’s what Germany did and now they are enjoying the payoff for all that hard work. You can too.

5 Replies to “A Lesson from Germany's World Cup Victory”